Paulo Dybala’s move to Manchester United has been a major challenge as negotiations over his wages have not been resolved.

The agent of Juventus striker was speaking to Manchester United about the player’s personal terms, but both parties have not agreed on the player’s salary.

Lukaku has returned from London this morning to Manchester as he is yet to complete a deal and is likely to attend at Carrington for training this morning.

The Sun reports that manager Ole Gunnar Solskjaer wanted Lukaku’s future resolved today so they have time to land a replacement.

Juventus are ahead of Inter Milan in the race for the 26-year-old and are ready to offer Dybala, Mario Mandzukic and £10m for the Belgian.

But the deal is subject to Dybala agreeing personal terms with Manchester United. 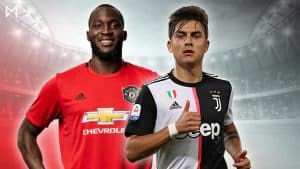 United players have had their pay cut by 25 percent for failing to qualify for the Champions League.

But Dybala is demanding the same salary as the club’s top stars and his salary should not be discounted by playing in the Europa League.

The Argentina striker, 25, is happy to stay with the Italian champions and only a lucrative salary could persuade him to leave Turin.