There are still rumors about the future of Brazil star Neymar and they do not seem to disappear in the near future but Liverpool could play a vital role in the Brazilian’s future.

PSG are now reluctant to let their star player leave on the cheap after revealing he wants to return to his former club Barcelona.

The Spanish club have yet to make an official offer but it appears that Liverpool could play a key role in the 27-year-old’s role next season.

The summit will be held on Friday 16 August and it will be talked of possible changes to the Champions League from 2024, with both PSG and Barcelona taking part in the meeting. 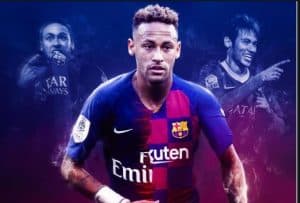 The conference, which will be hosted by Liverpool, will also be an opportunity for the Barcelona president Josep Maria Bartomeu and his counterpart PSG Nasser Al-Khelafi to meet face to face and they will discuss a possible deal for Nermar.

The transfer window for the two countries will not close until September 2, giving both clubs an opportunity to finalize  a deal in two weeks.

Neymar has made it clear that he wants to leave the French champions, but PSG are reluctant to sell.