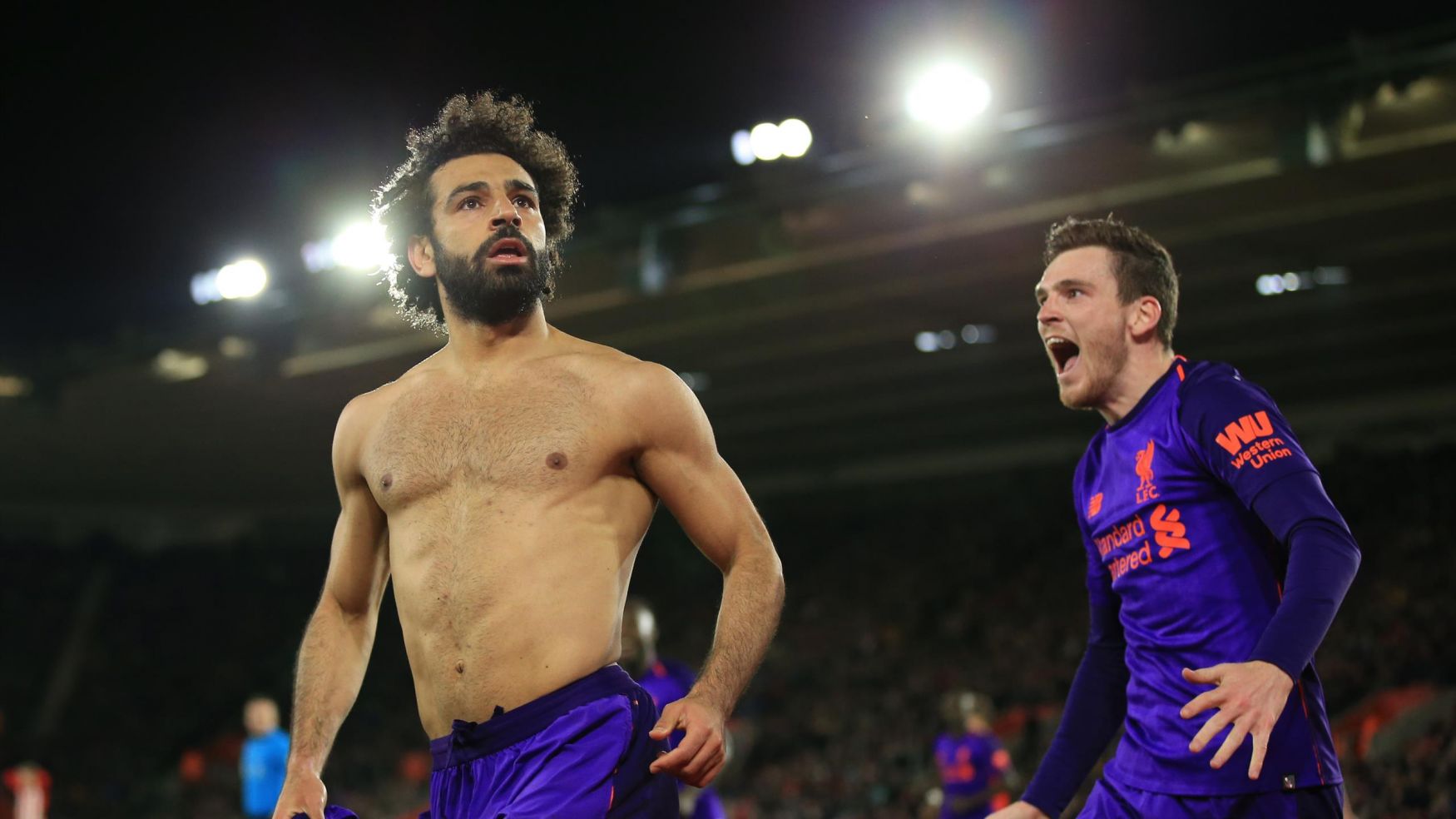 Before Friday night’s match away at Southampton Salah, last season’s Golden Boot winner, had gone eight games without a goal.

Yet at a critical moment, with Liverpool just over 10 minutes away from dropping points in the title race, he stepped up. The Egyptian led a Liverpool break and finished with some style to end his drought and help put his side top of the Premier League.

It was Salah’s 50th Premier League goal for Liverpool in just 69 games, the fastest player to reach that mark in the club’s history.

And fans gleefully welcomed back their hero at a crucial time for the club’s season.

Mo Salah I love you🔴🔴

Mohamed Salah who’s having a ‘bad season’ has just scored a potentially pivotal goal in the Premier League title race and is now within one of being the divisions top goal scorer.

The King is back with the most important goal⚽
Mo Salah pic.twitter.com/ikG5Mz7YFo

“FORM IS TEMPORARY… CLASS IS PERMANENT!”

GET IN SALAH!! COME ON LIVERPOOL!! #SOULIV #YNWA #LFC pic.twitter.com/BtK1OtDlmg

Under the circumstances, Mo Salah just produced one of the best goals of the season. What a finish.

Hear me out on this: Mo Salah is actually Good