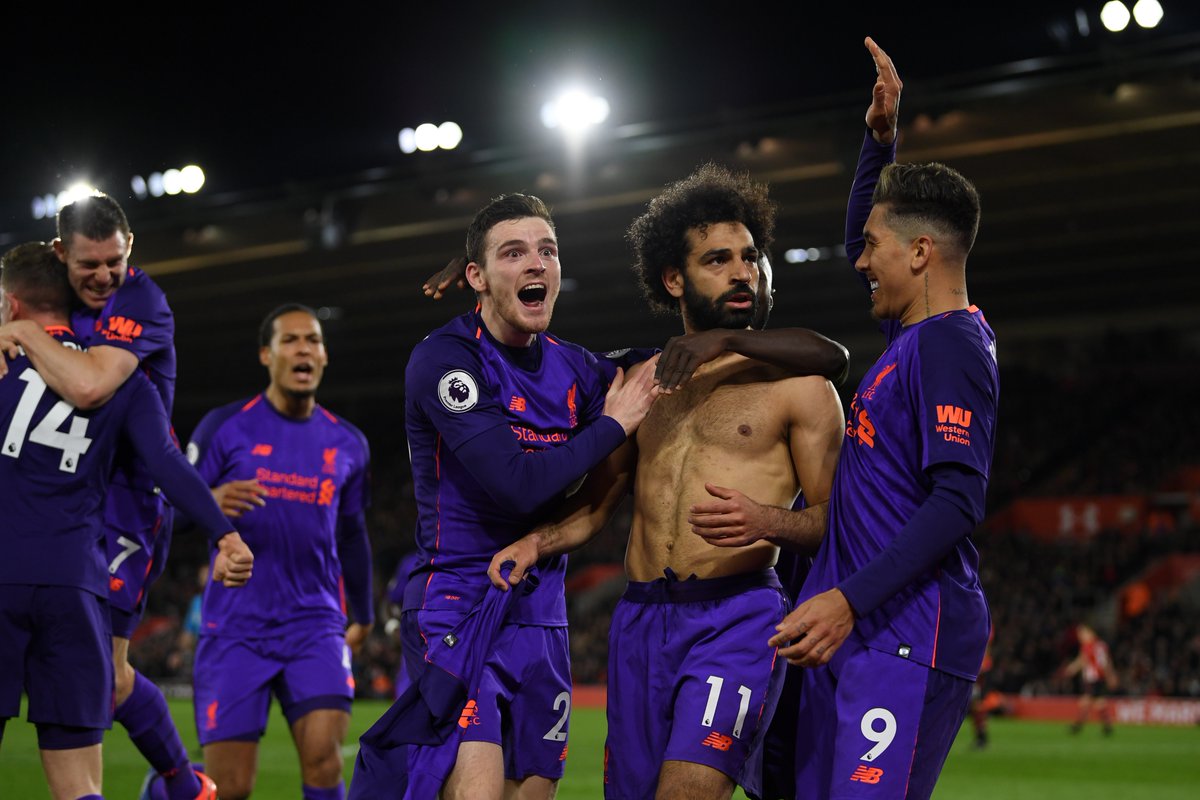 Mohamed Salah ended an eight-game drought with a fine individual goal as Liverpool went back to the top of the Premier League with a 3-1 win over Southampton.

There appeared to be an upset on the cards when Shane Long – only starting because Danny Ings could not face his parent club – put the hosts ahead after just six minutes when he was left unmarked in the box.

Thankfully for Jurgen Klopp, his decision to bring in Naby Keita to the starting line-up was rewarded by his first league goal for Liverpool to settle up the scores 10 minutes before half time.

In the second half, Liverpool should have had a penalty when Keita was tripped in the box by Maya Yoshida, but referee Paul Tierney appeared to err when he awarded a goal kick instead of a spot kick.

But with the game drawing to a close, Salah ran more than half the length of the pitch to place a curling shot past Angus Gunn before substitute Jordan Henderson ensured the points would return to Anfield with a late tap-in.